We should all live like this …. Expedia just released new data about how Generation Z is redefining the world. (Wow that is a big statement!).

Generation Z, are people born from the mid-1990s to the early 2000s, and who make up 25% of the U.S. population,making them a larger cohort than the Baby Boomers or Millennials.

The study says this group of consumers are YOLO – You Only Live Once.  They are open to new experiences, are deal-driven and have a long list of bucket experiences.

So ask yourself – who isn’t?  I hope they are right about this group, who are right behind Millennials, and can teach all of us about living in the moment.

Here’s a great chart from Expedia that shows the data as it relates to travel decisions. It applies equally to marketing and PR pros who are defining messages to reach all consumers.

Here are some things you should know about how Gen Z are shopping for, booking, and traveling when you are looking to reach and influence this new generation of travel enthusiasts.

Get the full study, “A Look Ahead: How Younger Generations are Shaping the Future of Travel,” for more data and actionable insights that marketers can leverage to reach Gen Z and Millennial travelers.

This article came from Expedia Group, expedia.com and was written by Lisa Lindberg.  Here is a link to the article:  https://blog.advertising.expedia.com/how-younger-generations-are-shaping-the-future-of-travel?utm_campaign=Blog%20promotion&utm_source=3rd-party-ads&utm_medium=Smartbrief&utm_term=display&utm_content=travel-feat-cont

Here’s What To Expect From Generation Z in the Workplace

Very competitive, accepting of others, a focus on quality over quantity

Given their focus on financial security, it’s not surprising that generation Z is poised to be cutthroat when it comes to getting jobs and establishing careers.

Jonah Stillman, a 17-year old from Minneapolis who, with his father David, wrote GenZ@Work, a book about how his generation will fare as members of the workforce. The pair conducted two national studies of 4,000 teens about workplace attitudes and preferences. They’ve discovered that these young people are in “survival mode” and believe they will have to fight for what they want. They would feel lucky to get a job, which contrasts with the common perception of millennials as feeling entitled to a job. Sixty-six percent of gen-Zers say their number one concern is drowning in college debt, and 75% say there are ways of getting a good education besides going to college.

“Generation Z is a very independent and competitive generation, having been taught by our parents that there are definitely winners and losers at life.”

“Millennials are the most collaborative generation, launching applications like Facebook and sharing everything with everybody,” Stillman says. “But Gen Z is completely different: They are a very independent and competitive generation, having been taught by our parents that there are definitely winners and losers at life. Millennials, on the other hand, were told that if you work together, everybody can be a winner.”

But even though they see the workplace as a battlefield, they are inclusive and tolerant of difference.

They grew up with a black man as the leader of the free world, with women in positions of power in the workplace, and with openly gay celebrities like Ellen DeGeneres, Anderson Cooper, and Neil Patrick Harris. “As a whole, gen Z is a very accepting generation,” Stillman says.

In 1996 the first member of what is called Generation Z came into our world.  And in the very near future they will become a big part of the world of marketers. 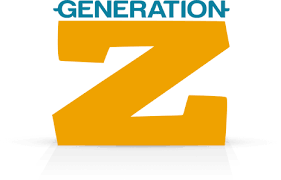 Here’s how to get ready for a generation just now entering their peak buying years and very different from Millennials and Boomers – but a lot like those born between 1925 and 1942 – the parents of the Boomer generation and known as the Silent Generation who saw a series of major world wars in their lifetimes.

Generation Z doesn’t just stand out in terms of how they relate to brands; they’re also spending their money differently and will take this into their adult years.

A survey by Lincoln Financial Group of 400 members of generation Z aged 15 to 19 found that they are saving far earlier than than older generations: 60% of them already have savings accounts and 71% say they are focused on saving for the future.

Their top three priorities are getting a job, finishing college, and safeguarding money for the years to come.

They rate these goals above spending time with friends and family, working out, or traveling. Jamie Ohl, president of retirement plan services at Lincoln Financial, says that we’re seeing similarities between this young generation and the one that emerged in the years following the Great Depression. “When I think about the ‘greatest generation’ having gone through the Depression and how they taught their children, the boomers, to save, that’s what this generation of parents is teaching generation Z,” she says.

For the past several years, the media has been obsessed with millennials, the most studied group ever. But as Generation Z grows up and gets ready to enter the workforce, corporations are paying more attention to this crop of young people born between 1996 and 2011. At 60 million strong in the United States, they outnumber millennials by 1 million. It would be easy to assume that they are just an exaggerated version of the generation that came before them, spending even more of their lives on social media, doing even more of their shopping online, and demonstrating an ever greater collaborative nicer nature.

But generation Z grew up in a starkly different historical context than millennials, which has given them a distinct outlook on the world.

Millennials were internet pioneers. They invented Facebook, shopped from their smartphones, and smoothly transitioned from satellite TV to Hulu and Netflix. Generation Z, meanwhile, doesn’t remember life without these basics of 21st century life. Millennials helped elect a black president and legalize gay marriage; many generation Zers see these milestones as the norm. Millennials came of age during a time of economic expansion and were shocked to find a diminished, unwelcoming job market after college; generation Z has been shaped by the recession and is prepared to fight hard to create a stable future for themselves.

They sure sound like a great generation in their own rite and as marketers we should be making changes right now to accommodate their outlook, wants and needs.